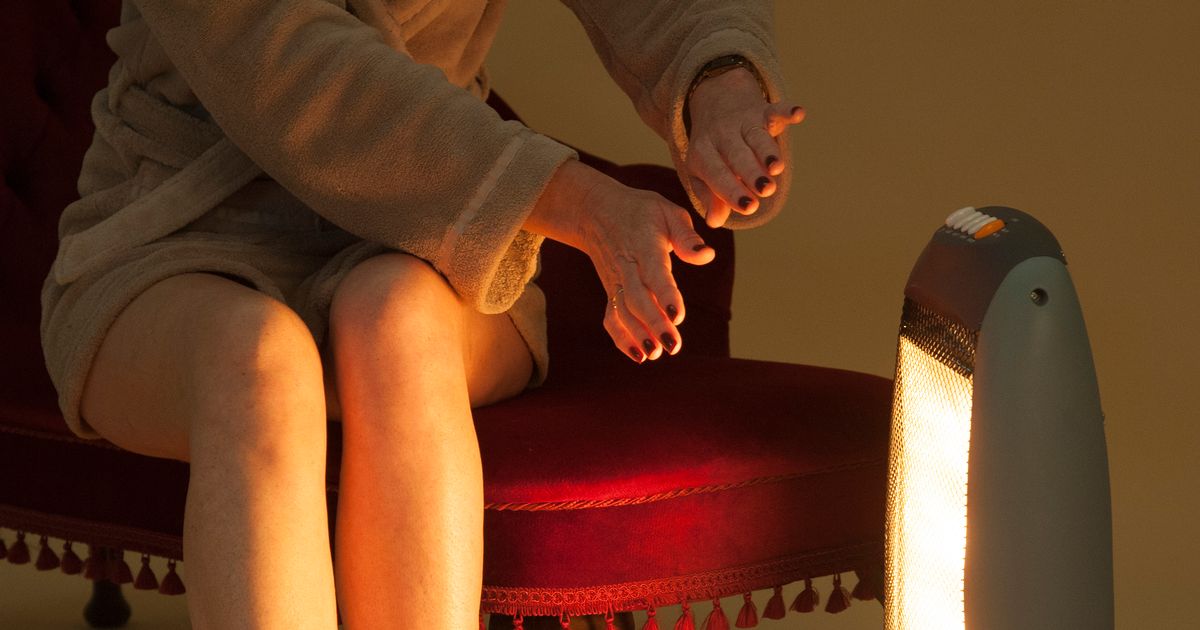 Energy prices are soaring, leading experts to warn this could mean household bills go up by hundreds of pounds in the coming weeks.

Not only this, but millions of the most vulnerable customers could lose a £140 discount on their gas and electricity bills if their supplier collapses.

We all know we can save money on energy bills by wearing an extra layer and turning off lightbulbs when we leave a room, but here are 12 lesser known ways to help reduce your costs this autumn.

How will rising energy prices affect you and your family this winter? Tell us your thoughts: mirror.money.saving@mirror.co.uk

Washing machines are one of the most expensive household items to run.

We have to have clean clothes, but 90% of this cost comes from heating water, according to comparison service Uswitch.

Washing your clothes at 30-40°C means you will save money over the long term.

If you are coming to the end of a fixed term energy deal, or have a variable rate deal that is going up, shopping around for a cheaper deal makes sense.

However, it is currently more a case of finding the least expensive deal rather than the cheapest.

The lack of really good deals has been so severe that comparison website Compare the Market was forced to suspend its cheap tariffs finder last week.

Still, you can limit the impact of this rise by picking the best deal you can.

3. Get a thermostat fitted

You could save £70 a year from having a thermostat, programmer and thermostatic radiator valves fitted, according to the Energy Saving Trust.


Your dad was right – turn that thermostat down
(
Getty Images)

4. Turn your thermostat down

Then once you’ve got one, turn it down.

Doing this by just 1°C can save you as much as £80 per year, according to Uswitch.

Covid Winter Grant Scheme: What is it and how can I apply for help with bills?

Modern houses can be full of electronic devices that draw power even when turned off.

This is because many may appear to be off but are actually still using small amounts of electricity.

An example is a microwave with a digital clock.

Unplugging these devices when not in use can save £30 a year – and the same goes for chargers too.

Take a tip from submariners and turn taps off when you’re doing things like brushing your teeth or washing your face.

A running tap uses six litres of water a minute, Uswitch says, which can bump up your energy and water bills over time – especially if the water is hot.

When you need to replace a fridge, freezer or washing machine it’s tempting to get a cheap second-hand one.

This can save money up front, but older devices often use more energy, which can cost more money over the long term.

For example, a washing machine with an A+++ energy rating uses £65 less energy than an A+ one over its 11-year life, according to MoneySupermarket.

An A+++ fridge/freezer saves a whopping £320 over the same period when compared to an A+ one.

8. Get a new shower head

A water-efficient shower head pays for itself within a year.

Most British homes were built before 1930, which means one thing – draughts.

These mean you pay more to heat your home.

Getting your windows and doors draught-proofed and blocking cracks in skirting boards and floors costs up to £200, but saves £25 on energy bills a year.

If you plan on staying in your house a long time, it makes financial sense – and of course it means you’ll be warmer.

This is obviously a pretty major cost – a new boiler costs around £1,500 on average.

But when you need to replace one, you can save a lot in running costs by fitting an energy-efficient boiler.

You could shave £205 from your energy bills a year by replacing an old G-rated boiler with an A-rated one, according to the Energy Saving Trust.

And that’s just for a semi-detached home – detached properties could save £315 a year.

These are being rolled out around the country, and have been controversial – with many not working properly.

But government figures show they can help cut electricity use by 3% and gas by 2%.

You can save money on energy bills by making lots of little changes, as opposed to massive ones like getting a new boiler.

For example, when cooking only use a pan big enough for what you need, to avoid wasting energy heating up metal you don’t need to cook with.

What happens if your energy supplier goes bust? Your rights explained

Likewise, when boiling something on the hob or filling up a kettle use only the amount of water you really need.

Why are energy prices going up?

Energy prices are largely based on supply and demand, and the latest increase is down to a spike in gas use, low wind speeds in Europe and power station closures, as well as a fire in Kent which cut off power supplies from France.

Combined, these have created the perfect storm for a record rise in wholesale costs.

This has already led to a rise in energy prices for consumers, which could get worse.

The situation has also led many energy firms to stop trading, with more feared to follow .

Tips for Saving for a Down Payment – Business Insider