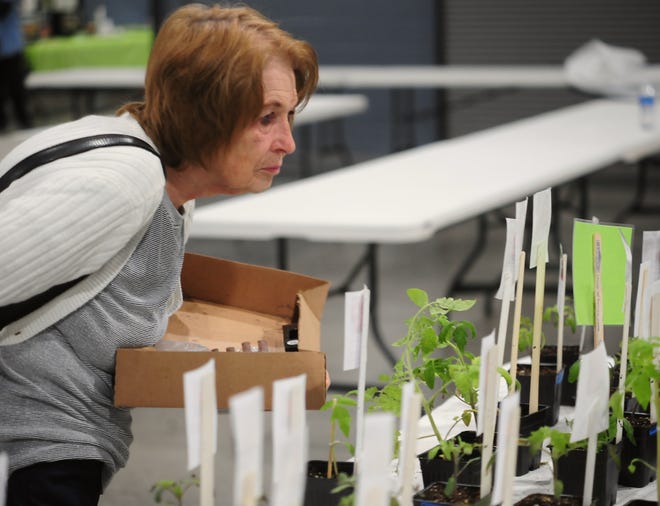 Prices are rising and the predictions don’t look good.

Inflation soared over the past year at the fastest pace in 40 years, and food prices, which already saw a 6.8% jump from January 2021, are expected to increase another 3% to 4% this year, according to USA TODAY and the Associated Press.

And the U.S. saw record gas prices in March.

But there are ways to get the maximum impact from your dollars, experts in finance, consumer sciences, grocery distribution and car care recently told The Herald-Mail.

Here’s what they said:

Families can find big savings several ways, including by combining — or bundling — different types of insurance for needs such as homes and vehicles, said Nate Hanft, vice president and financial adviser with the Serafini Team at Wealth Enhancement Group on Opal Court in Hagerstown.

But don’t stop there, Hanft said.

After you’ve been with a provider for a while and perhaps after rates start to go back up, shop around for better deals, he said.

Also, take a look at recurring expenses around the house, such as TV service.

Wide gaps have opened in recent years in prices for TV programming, and it can pay to look at what different providers offer, Hanft said. He mentioned streaming services such as Netflix and Hulu TV.

Hulu TV offers packages, such as one for ESPN, Disney and Hulu originals, that start at $13.99 a month. “Switch plans, cancel anytime,” the provider says on its website.

Netflix offers a variety of TV shows, movies and documentaries with packages starting at $9.99 per month. Capabilities today with providers include downloading shows to view offline, being able to view them on different devices and creating special profiles for children.

“It’s much more a la carte now than it used to be,” Hanft said.

Hanft said his family is content only having Disney+. His kids love the programming and Hanft said given his work life, he doesn’t have the time to watch other programming packages. He gets the service for $80 a year.

“Everyone’s tastes are different and what’s valued to them is different,” Hanft said.

He encourages consumers to examine discretionary spending, meaning the spending over which one has more control.

So the family always goes out to eat on Friday nights?

Maybe that can be eliminated for the next few months. Or cut back.

Hanft suggested consumers make a list of all their discretionary spending to see where the money is going.

“Once you have the data, then you can really look at the places you can cut,” he said.

Nervous about how to continue paying for things that are really important? Like putting away money for the kids’ college education?

Use the same discretionary spending examination to make sure critical areas are funded, Hanft said.

Although James Miller sells food, rising prices haven’t been easy for him to deal with either.

Miller is owner and manager of Glenwood Foods at Greencastle, a discount grocery store at 11440 Grindstone Hill Road south of Greencastle, Pa.

Although Miller said he tries to keep prices low for his customers in the current environment, market forces are too much sometimes.

As an example, he said snack manufacturers have instituted price increases three times in the last six months.

More on the economy:Help wanted signs still out, prices still rising: What a Fed economist says about it

Donuts and beer:Like Krumpe’s Do-Nuts? Williamsport’s Homaide Brewing has a brew or two for you

Glenwood Foods is able to pass savings onto buyers by offering close-out items and similar deals.

Miller said he also buys items from retailers that are nearing their “sell by” date.

“Some people say it’s an expiration date, but it’s not expiration,” he said.

Miller said sell-by dates are generally used by large grocery chains for inventory control to keep products moving. Miller buys the items at discount and passes the savings onto customers. While he said he tries to offer good deals throughout his store, prices on some items are similar to his competitors.

“(With) frozen items we are able to save people a lot of money, frozen meat and things of that type,” he said.

The Grocery Outlet at 1695 Lincoln Way East near Chambersburg, Pa., describes itself as an “extreme value retailer.”

It gets deals through packaging changes, surplus inventory and product overruns, according to its website. The grocery chain started in 1946 when founder Jim Read opened his first store selling military surplus at discount prices.

The Chambersburg store, which is open 8 a.m. to 9 p.m. daily, offers items one would generally find in other types of stores, said Manager Devin Hill. He said another store is to be built near Hagerstown. There is a sign for a new store at a site along Massey Boulevard across from Valley Mall.

How about a garden?

Have you frequently thought about growing your own food? Maybe this is the year.

There are people available to help, such as experts at the University of Maryland Extension offices along Sharpsburg Pike north of Sharpsburg.

Gardening in the area is popular among some people, who have turned their backyards into plots to grow food like tomatoes, peppers, sweet corn, green beans, onions, squash and sweet treats like cantaloupe and watermelon.

“Even a small garden can produce a tremendous amount of food for your family,” said Annette Cormany, a horticulture educator for the local extension service. A garden measuring 4 feet by 8 feet can produce 80 pounds of produce in a season, she said.

A possible pitfall is making a garden plot bigger than you can manage. That might become clear when temperatures reach the 90s in August and you’re facing the prospect of spending the afternoon bent over pulling weeds.

“You don’t have to marathon it,” said Cormany, saying new gardeners can start simply. You can do it in “bits and pieces” around your house, and perhaps keeping the growing area right outside a back door where a garden hose is nearby to easily water it will help, Cormany said.

A ton of ground doesn’t have to be dug up either. Plants can be grown in containers on a deck or patio.

“You can grow a lot in five-gallon buckets that you can find just about anywhere,” Cormany said.

There are a number of ways to save money in the kitchen, said Lisa McCoy, a family and consumer sciences educator at the extension office.

When there is a sale on frozen vegetables, stock up on them for a good supply in the freezer, she said.

From rotisserie chicken to raw breasts and thighs, poultry items are expected to see the highest jump in food prices this year, with an estimated increase from 6% to 7%. Wholesale poultry products are also predicted to see a 9% to 12% price increase this year, according to USA TODAY.

McCoy suggests trying plant-based food, like beans, as a meat substitute. A 1-pound bag of dry great northern beans was selling for $1.89 at Food Lion through Instacart delivery service last week. Numerous servings can be made from one bag and various recipes can be found for them, McCoy said.

“And it has so much protein and fiber,” she said.

McCoy offered a list of recipes for healthy, quick meals families can prepare. They can be found on the extension’s website at https://extension.umd.edu.

Other ways to save include cooking from scratch instead of going for more expensive, store-prepared food, canning food from the garden, or buying in bulk from wholesale clubs, McCoy said.

McCoy said she’s not familiar with discount stores like Glenwood Foods at Greencastle or the Grocery Outlet, but said she often sees good produce prices at Aldi, Lidl and Save A Lot stores.

State Farm insurance offers a list of both to help cut down on gas consumption. Also offering advice is Howie Weeks, owner of Crenshaw’s Auto Repair at 67 W. Baltimore St. in Hagerstown.

There are a number of ways for individuals and families facing economic hardship in coming months to get help in the Hagerstown area.

Among them is reaching out to the Washington County Community Action Council at 117 Summit Ave. The organization helps people with basic human needs such as food and shelter.

CEO Geordie Newman said there’s been increased dependence on his organization’s food pantry during the COVID-19 pandemic, and he expects the trend to continue with rising grocery prices. Last year, the CAC distributed 110,000 pounds of food.

Help from the pantry is income-based and those interested need to apply at the CAC offices. Anyone who qualifies gets food “right away,” Newman said.

The CAC also offers utility assistance, which is also income-based. There are two different programs, which CAC staff can explain to recipients, Newman said.

CAC also offers housing programs, which is critical given that affordable housing challenges are expected to increase here, Newman said. The median price of homes sold in March in Washington County topped $300,000.

There is a western branch office on McRand Court in Hagerstown, but food bank spokeswoman Joanna Warner said individuals should not go there for food.

The food bank distributes food to other organizations that feed people, she said.

At the Maryland Food Bank website, mdfoodbank.org, users can type in a ZIP code for places to get food near them. They can pick a mile radius from which to find locations.

For example, putting in Hagerstown’s 21741 ZIP code listed a number of places that offer food, including Office of Consumer Advocates Inc./Soul Haven at 121 E. Antietam St.; Bridge of Life at 16 S. Potomac St.; and Mt. Hope Inc. at 25 Summit Ave.

Individuals are encouraged to first contact food sites to confirm hours and any eligibility requirements before obtaining food.

Save for a house deposit with these foolproof tips – The Spinoff

Saving money? Here’s 22 tips to save it faster – Canton Repository