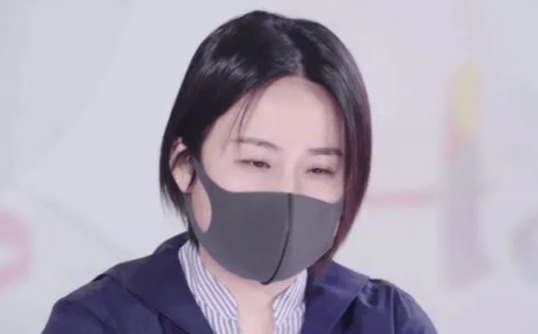 A THRIFTY mum-of-two has revealed the incredible money saving hacks she has used to be able to afford two homes.

Wang Shenai says she has been saving around 90 per cent of her salary each month for the past nine year – despite raising two kids.

The married 32-year-old, from China, says she grew up poor but has now been able to afford two flats in Nanjing thanks to her frugality.

In a bid to save as much cash as possible, Wang spends less than £12 on underwear each year, takes second hand clothes from friends when she can and never eats out.

“I spend less than 100 yuan (£11.50) per year to buy underwear because it is not a good idea to wear other people’s used undergarments,” she told Tencent.

“But I have a friend who likes to buy clothes, and she will give them away even if she does not wear them that much. She will ask me to select whatever I want from her used clothes.”

As well as avoiding forking out on clothes, the minimalist mum also only uses public transport – which she tries to use coupons for as much as possible.

Wang also considers going out for food or drink with pals too expensive and never splashes out on luxury goods, often taking in used furniture instead.

“For some people, spending money makes them happy. For me, I don’t feel happy at all. Instead, I feel nervous and anxious when spending money,” Wang added.

Her canny ways have even rubbed off on her husband, who continues to use an old phone.

Wang worked in advertising after graduating from university with a degree in design, but says her experience in the field made her feel disdain for spending “because commercials try to create anxiety in people to make them more likely to buy something.”

The mum’s tips are loved by a 400,000-strong online group called Frugal Women’s Federation – but her chat with Tencent, viewed more than 500million times, sparked controversy on social media.

One Weibo user said: “What’s the meaning for her to live such a frugal life? For wearing old clothes? You cannot take the money with you to the underworld when you die.”

Another added: “The media should not promote her extreme frugality. Many people who are frugal cannot afford to buy a home because the property prices are unreasonably high. Buying property is far beyond our reach.”

But others defended Wang, labelling her “wise”.

One supporter wrote: “She is a wise person to resist temptations in such a society full of material desires.

“She is great because she has bought property by herself, rather than relying on parents as many of her counterparts do.”

It comes after a frugal couple revealed how they managed to lower their debt by making some drastic life changes.

Shannon and her partner managed to chop down their debt from £458k to £130k at the moment.

Meanwhile, savvy saver Scott Dixon saves £725 a year on his energy bills by washing his clothes and showering in the early hours, as well as using a slow cooker to save cash.

The savings that Scott, 51, from Edinburgh, has made more than covered a £535 nine-night Christmas holiday to Benidorm he has booked for Christmas this year.

We saved £129k in just 17 months after getting into £458k of debt – we got rid of furniture, slashed meals out and became VERY frugal

We pay for your stories!

Do you have a story for The Sun news desk?

5 Money-Saving Hacks Our Readers Swear By – The Motley Fool