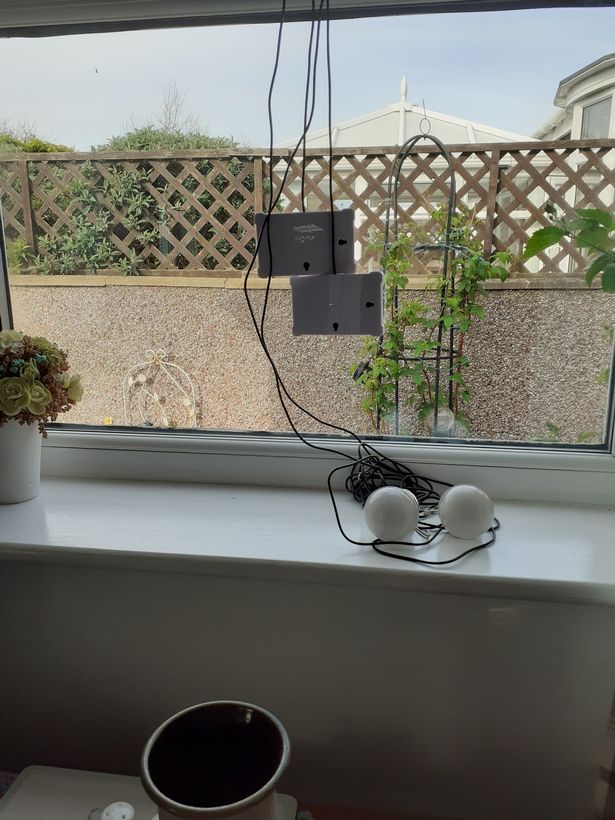 A savvy pensioner has revealed how she lights her home with solar lights and only cooks once a week to cut soaring bills.

Sandra, who is in her seventies, has shared the sacrifices she’s made in a bid to cut costs at a time where the price of energy is spiralling. Growing up, Sandra’s parents had to make sacrifices as money was tight following World War Two and she thinks the current crisis may see a return to the same “make-do and mend” attitude.

She told North Wales Live : “For people of my generation, making do with what you’ve got is second nature because we’ve done it for so long. You get up in the morning and the first thing you think about is what you can’t do in the house, whereas if you’ve got loads of money you can put the heating on, be warm, and do as you please. I think people are going to have to go back to the fifties and to how people lived then.”

Now in her seventies, Sandra says she’s had to make savings wherever she can to make her retirement pot stretch. This includes using solar lights which she charges during the day.

She also buys cheap wool, knitting things like draught excluders and hot water bottle covers, and only cooks once a week to save on fuel. She said: “I fill the oven and then distribute it around my plastic dishes and freeze them, so I’ve got most of my week’s food done.

“If I’m boiling carrots and potatoes I’ll put them in the same pan and do two days’ worth so I don’t have to put the hob on again. You can think that it’s a shame to live like this, but that’s pointless.

“You just have to get on with it, there’s nothing else you can do. The only thing I can do is apply my knowledge to make those savings because even saving a pound in a week adds up and can make a difference in the end.”

Although she takes a practical approach to money-saving and doesn’t like to dwell on things, Sandra is saddened by the current climate. She said: “For me, I never had luxurious things, so I’m used to it, but children should be able to be warm and well-fed but now some children aren’t missing out on that.

“Personally I don’t drink or smoke and never have, but I never thought I’d be so poor in my old age. I’ve worked my whole life from when I was 15, and it is hard work sometimes not being able to use things in the house. It’s very worrying for everybody at the moment. Everybody is trying to save and make ends meet.”

Despite her concerns, Sandra remains hopeful for the future and thinks others could benefit from her savvy approach. She said: “I have loads of saving ways and I think other people on very poor incomes could use them too.

“It doesn’t have to be a big thing, but each little saving adds up to a bit more and there are lots of things out there. If you’re disabled for example, you might be able to get a discount on council tax, it’s just knowing where to look.

“And there are lots of changes you can make, like cooking pizzas at home instead of buying them. I’ve knitted myself a water bottle cover and it’s amazing how much you can knit with just £1 worth of wool.”

Sandra says her money saving tips may be small, but the savings add up. She’s even found a way to save on vet bills: “My little dog has a heart condition, and the tablets were going to cost £78 a month and I was worried sick about how I would pay but I turned to the RSPCA and now I pay that amount for six months’ worth.”

For bigger savings, Sandra points out there are council tax grants or credit card repayment schemes which have been launched in response to the crisis. This week, finance guru Martin Lewis revealed on ITV’s This Morning that there are up to 7 million people in the country who are not getting the benefits they are entitled to.

Speaking to a tearful mum-of-two named Julie, who was in £5,000 debt across two credit cards, Martin urged the caller to use the Money Saving Expert Benefits Calculator to see if she was entitled to any further support. He said: “Just for everybody else watching, my rough rule of thumb is if you have family income, especially if you’ve got kids, under £30,000 it is absolutely worth spending 10 minutes on a benefits check-up calculator.”

Most people are aware by now that the Government is offering a £150 council tax payment scheme for some households in bands A to D, but there are a host of other lesser-publicised grants people could be entitled to. One example is British Gas ‘ recent collaboration with musician Professor Green to offer those struggling with the cost of living crisis up to £750 in support .

To find out more about how you could save money on your bills or for information on the benefits and grants you could be entitled to, visit The ECHO’s latest on the Cost of Living crisis.

How to save for your first home – Yahoo News