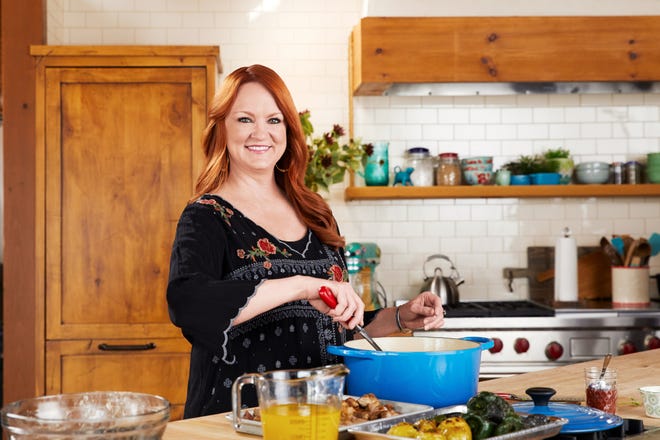 Food prices have been eye-popping lately. So it’s not surprising that people are trying to save more when grocery shopping.

The show, set to premiere on Food Network Aug. 9 at 10 p.m. ET/PT and stream the same day on Discovery+, follows three at-home cooks who work to transform “everyday affordable ingredients into mouthwatering meals” in a challenge to shop on a “small stash of cash” in Flavortown Market (the show is executive-produced by Guy Fieri), according to a release from Discovery.

How to save money:Using a Costco, Sam’s Club, Walmart+ and Kroger membership

The “best cook and thriftiest shopper” will walk away with a trophy and a year’s worth of groceries.

“They all have the same amount of money when they go in (to the grocery store), and they have to really maximize that money,” Drummond tells USA TODAY.

Drummond says she learned a lot from the contestants on the show and has a few tips of her own on how to save money on groceries.

If you’re trying to pinch pennies, Drummond advises to use fresh produce when necessary for meals with raw vegetable elements such as salads but to otherwise use frozen vegetables.

“There are so many times that you can use frozen veggies,” she says. “You can save so much money by replacing you know what you might buy in the produce section with frozen and the quality is just barely noticeable when you’re making a soup or stew or casserole.”

More: 5 cheap, versatile foods to stock up on now (and what to make with them)

Drummond says it’s important to get to know the frozen vegetable section. Most of the time, no one can tell the difference between vegetables that were fresh or frozen in a cooked dish, she says.

2. Check out the meat deals in the butcher section

Protein is where the pocketbook often takes a hit, Drummond says. So she likes to optimize her spending in that area.

“I love going to the meat counter and finding the deal,” she says, noting that it’s almost always a family pack of chicken thighs – which she thinks is the best part of the chicken because they’re considerably less expensive than chicken breasts.

“The number of things you can make with chicken thighs is just endless – from casseroles to stir-fry,” she says.

Looking for those deals can take you a long way.

The Food Network star added that when she gets a pack of ribs or chicken she breaks the package up, repacks it and freezes whatever is extra.

So “I’ve gotten this great deal but it’s going to last me through several meals,” she says.

Other frozen foods beyond vegetables can go a long way, Drummond says.

“I love things like frozen bread dough, for instance,” she says, noting it is sold in loaves and can be let to rise by the home chef.

And one loaf can go a long way.

“(It) can turn into a huge pizza crust, it can turn into small calzones – you can make so many things with frozen bread dough,” Drummond says. “And if you bought bakery-fresh bread you might spend more money.”

Check out these recipes to raise your kitchen game: