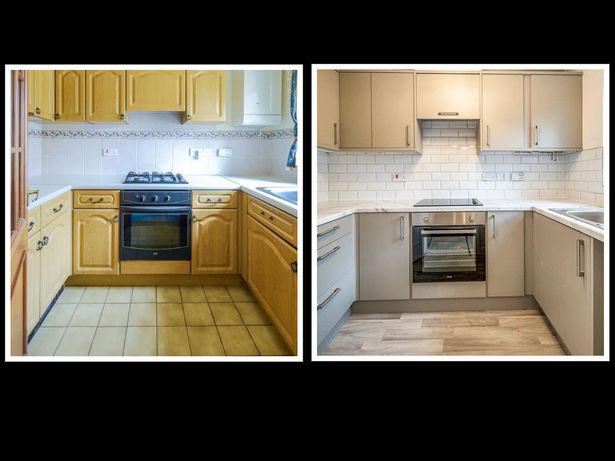 Taking on a big renovation project can be daunting and typically means forking out large sums of money. Taking on a bit of DIY, however, can save a packet.

Take James Reeve who managed to complete a full home upgrade for less than £10,000. Carrying out most of the work himself saved him a whopping £7,000.

The 25-year-old property surveyor from Suffolk carried out the renovation of the 1990s semi-detached house in 11 weeks. The work including replacing the kitchen and bathroom as well as a full decor update.

He told money-saving community LatestDeals.co.uk: “Now that the project is done, the house has been transformed from a dated and old fashioned property to a house which has clean white walls, fresh units and a minimalist style. It was hard work but I saved a lot of money and I’m proud of the result.”

James did enlist professional help for some parts of the renovation; plumbing, kitchen installation, electrical work and installing the shower. But he said he managed to get the professional labour costs down to about £1,800 by using apps like MyBuilder and networking with local tradesmen he knew.

He first decided to the demolition and repairs himself after a local builder gave him a quote of £160 per day. “I estimated that by doing it myself, I saved £4,000 just in labouring fees – because the project would have taken roughly 25 days to complete if a labourer had been there full time,” he said.

“I also saved money on the painting – I was quoted £3,000 for a professional job, alongside £300 per room for ceiling plastering. I estimated that I saved myself £7,000 by doing these jobs myself, as I did the painting myself and worked out a fix for the plastering without doing the complete process.

“With the ceilings in the living room and kitchen, my idea was to skim over them and get rid of the Artex, but the cost was too much, and my budget was too tight, so I thought I’d leave it. I thought and researched options for a money-saving fix and decided to get Polycell Polyfilla SmoothOver instead.

“I rolled it on and then skimmed it over. It didn’t look great after I’d done it, so I had to sand it down.

“I quickly realised that what I’d actually bought was a really expensive tub of skimming plaster! However, I got the result I wanted in the end. I got two tubs and that covered both ceilings; they were £30 each so I paid £60 total.”

He got a tiler for the kitchen splashback and main bathroom tiles but the rest he did himself. And he replaced the entire kitchen – the units, appliances, drawers and countertop – paying just £2,300 for the supplies.

“I also did some edging work to tidy up the flower beds. I got the lawn edging on Amazon for around £25, and I borrowed the pressure washer from my parents.

Tom Church, co-founder of LatestDeals.co.uk, said: “James has done very well to save £1,000s on this impressive property renovation. By thinking smartly he has saved lots of money on professional labour costs.

“Although it may take longer, and require more effort, you can do many painting and decorating jobs yourself if you’re want to save some cash. His property makeover now looks fantastic!”

Average cost of life rises to £1.5m – 6 expert tips to help you save – Express

Seven steps to save money on remodel – Akron Leader Publications