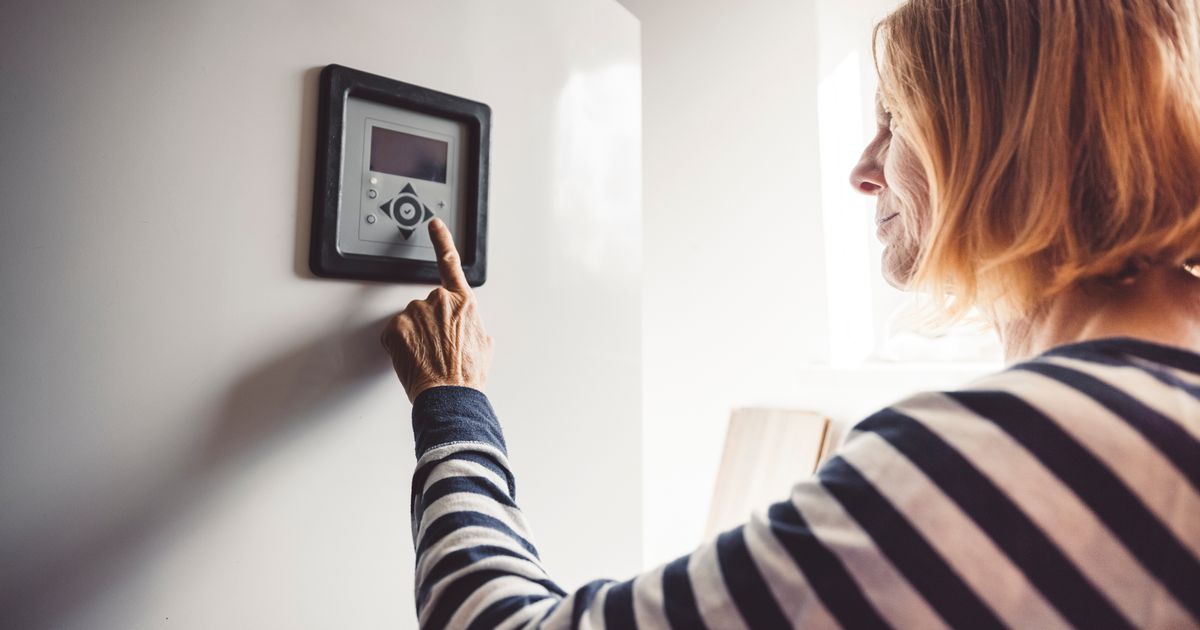 Following the announcement that the energy price cap is rising to £3,549 for those on default tariffs, many people have been left reeling about the cost of living and desperate to find ways to cut costs and save some cash in their everyday lives.

Savvy social media users have been sharing their top tips and tricks to help reduce the price of energy bills, grocery bills and more. We’ve rounded up some of the most helpful hacks that could save you money – including using tin foil to prevent heat loss in your home when you turn radiators on, swaps to make in your food shop and adjustments to make to your boiler and washing machine settings.

Get the news you want straight to your inbox. Sign up for a Mirror newsletter here.

According to DIY expert, Kyle Mattison, there are a few easy tricks you can try that will help boost your radiators and keep you feeling snug and toasty while at home.

Kyle, 29, who posts on TikTok under the name ThatPropertyGuy, has gone viral on the platform after sharing his top property tips. His first piece of advice uses a common household item, tin foil, – so it most likely won’t cost you anything to give it a go.

In one popular clip, he explains: “Give your radiators a boost this winter. Radiator reflector foil is one way to keep your house warm, it reflects radiator heat back into the room.

“It’s really simple to install behind radiators, a good idea to do it on radiators on external walls.”

He goes on to say that you can pick it up from DIY stores, but if you can’t get to one you can achieve similar results with tin foil, which is much cheaper.

Kyle also advises to bleed your radiators to keep them running at their best, leave the oven door open when you’ve finished cooking to make the most of the heat and keep blinds and curtains closed.

The expert also recommends leaving a bit of a gap between your radiator and sofa to help heat circulate around the room.

A parent on Mumsnet shared a top tip from her energy provider all to do with the temperature on your combi boiler.

The unnamed mum claimed that checking the flow settings and reducing it to 50C for hot water and 55C for heating could save you money.

“Mine was set to 80 degrees by default which meant I was spending huge amounts on heating up water that then has to be cooled down with cold water,” she explained.

“In the case of heating it just takes a little longer to warm up.”

While you may have to wait a little longer than normal with these settings, experts say “the gas and CO2 savings make it more than worthwhile”.

Similarly, you can also turn your thermostat down for heating – with Lynne Beattie, who runs the Mrs Mummpenny money blog, claiming she saved £80 a year on bills by switching it down from 21C to 20C in her home.

This tip could save you around 10% on your energy bill but you shouldn’t feel much of a difference. The ideal temperature range for a thermostat is between 18 and 21 degrees.

A woman has claimed she cut her food shopping bill in half just by paying more attention to packaging in the supermarket.

Maneet Kaur, who posts on social media as @minsmeals, went viral on TikTok after researching supply chains for supermarkets.

She discovered that some of the cheaper options in store have the same batch and supplier codes as more expensive brands – meaning they were supplied by the same company.

In her clip, she compared a 500g packet of penne pasta from Tesco which cost 53p to a 29p packet by Hearty Food Co – also owned by Tesco – and showed how they appeared to have identical supplier codes.

She suggests that this means the products are from the same place and that shoppers are spending more for the packaging alone.

“Buying branded is not always the best option and we need to be more conscious about the tricks supermarkets use,” she said.

According to Maneet, branded food will ‘most likely’ be placed at eye-level on shelves in shops, while the cheaper items will either be on the top or bottom.

Chef Miguel Barclay, famous for his £1 meals, has also shared his top tips for cheaper grocery shopping – including buying “normal ordinary ingredients” instead of more exotic ones.

He recommends shopping in the world food aisle too, adding: “If you’re going to buy spices, you can go to the spice aisle and you can buy a lovely little glass jar with cumin in it. Or you can go to the world aisle and get like a massive bag with cumin. It’s not packaged as fancy, but it’s a lot better vaule for money. Same goes for stuff like rice.”

Cook more than one meal at a time

Miguel Barclay has also shared numerous other money-saving cooking tips with The Mirror and one will help reduce your energy usage.

The chef explained that cooking just one thing in the oven at a time is a mistake and instead we should cook multiple meals at once to save money and energy.

However, when it comes to making cups of tea, experts have warned that the same rule doesn’t apply and you shouldn’t boil more water than necessary at one time.

Boiling the exact amount you need to make tea is more efficient than boiling several cups worth.

Changing the setting you use to wash your clothes can make a big difference to your energy consumption.

Reducing the wash to 30 degrees is thought to use around 40% less energy than higher settings.

This is because the washing machine doesn’t have to work as hard to heat the water to a hotter temperature.

You can also use shorter washing cycles for your laundry, to use less energy and less water.

Throw in a towel

The tumble dryer is meant to be one of the most expensive appliances to run in the home, so many people will likely be looking for ways to avoid using it – drying their laundry on a washing line, or clotheshorse.

If you need help drying washing this way, some people recommend using a dehumidifier in the room where you’ve hung up the clothes to help speed up the process – but these aren’t always cheap to get hold of.

However, if you are someone who loves using the tumble dryer, then one woman has shared a hack to help reduce the amount of time it’s on for, which could shave some cash off your bills – and all you need is a towel.

Posting on makemoneywithoutajob.com, the unnamed blogger explained: “This clever little tumble dryer hack is to put a dry towel into your tumble dryer with your wet washing.

“The towel will absorb moisture in your washing and help it dry faster – reducing the amount of time you need to run your dryer and saving you cash!

Do you have a money-saving tip to share? Let us know in the comments below.

Ofgem price cap rises to £3,549 – what it means for your energy bills

Mum transforms kitchen for less than £100 after professionals quoted her £1,000 – The Mirror